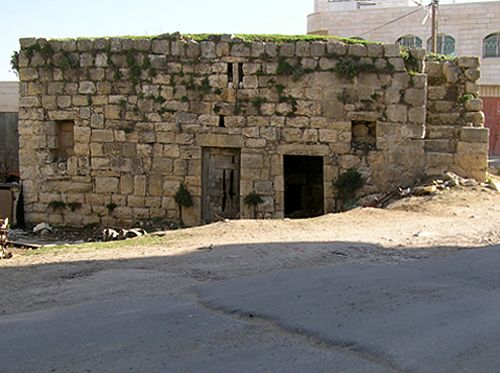 A time when the church tells the story of the birth of Jesus.

A time when the world hears of a young girl, travelling over difficult terrain, arrives in the dead of night, can’t find a bed and gives birth that very night in a dirty outbuilding surrounded by animals.

Just after birth, the door is opened, and a load of smelly visitors arrive, closely followed by better smelling visitors with better quality gifts.

And we wonder why the world struggles to believe one of the key messages of our story. That God put skin on and came to dwell with us. That that baby would grow, and eventually give His life to give us access to the Father. That we too might live.

We as Christians have a problem.

The world we live in demands a neatly packaged message, with all the key points in one place. So that is what the church has done with the Christmas story. All the key points, Mary and Joseph, unmarried, Mary pregnant, head to Bethlehem, baby born, Angels, visitors and gifts. All presented as the standard nativity. Everything happens within a 24 hr period so we can all get home for hot chocolate and mince pies.

But they also demand a story that makes sense when examined in detail. That is where the church has fallen short. You see, the story, as presented in nativity plays up and down the country has kept to the same basic script, and not really looked at whether it sounds plausible.

Take the stable, manger and inn for example. We all have a mental image of what that looks like. Our brains see these words and we envisage a Travelodge (other hotels are available), a barn on a dirty farm, probably miles from anywhere, and a wooden box, filled with straw. The church has conveniently concocted lessons from each of these, but the story has never quite sat comfortably with me.

The bible actually says that Mary & Joseph went to Bethlehem, and “while they were there, the time came for her to give birth”. Not on the night they arrived, but some time afterward. Where were they staying? Had they had a booking at the local motel, but had run out of money? Perhaps they had more distinguished guests that needed the room?

We are told that Joseph was a descendant of King David. That alone would have afforded him access to pretty much any home in the town. Match that with a pregnant fiancée, and there isn’t a community in the world that would not have welcomed them into their home.  If there really wasn’t room in a house, there would have been plenty of time for Mary & Joseph to travel the short distance to Mary’s relatives Elizabeth and Zechariah. They lived nearby (Mary had visited a few months earlier.)

Houses in Bethlehem at the time of Jesus would have consisted of two rooms. One, the family room, where the entire family lived. They would have eaten, slept and entertained in this room. An attached room would have been at a slightly lower level to house the family animals. The animals would have been brought in at night to keep them safe. Perhaps there would have been small hollows, filled with straw between the two rooms, so the cows could feed at night. Some houses would have had an additional room added – a guest room. The word translated “inn” can also mean guest room.

How about this for a paraphrase of events.

Mary and Joseph headed to Bethlehem, because there was to be a census, and Joseph was from Bethlehem. Although Mary was pregnant, there was plenty of time to make the journey and get settled. They stayed with one of Josephs relatives. Lots of people had returned for the census, so all the homes were a bit tight for space. Some people who had arrived early had taken up residence in the guest room, so Mary and Joseph had to squeeze in with the rest of the family.

While they were till there, Mary gave birth, surrounded by friends and family. She would have liked to have been in the guest room, but it was full, and moving the occupants out in the middle of the night wasn’t really practical. Conveniently, there was a straw filled hollow at the end of the room, and the baby was placed there to sleep.

Shepherds, who were the lowest of the low in Jewish society were watching their sheep that night. Suddenly and Angel appeared and told them not to be afraid. They thought it was a reasonable emotion, but listened to what the Angel said, and headed down to Bethlehem and found things, just as the Angel had said. They were aware of who they had found. They knew He was the Christ. And they worshipped, and then went back to their fields. Had they felt that the Saviour of the world was living in an inappropriate place, or at the very least less salubrious than their own homes, do you not think they would have offered to rehome the new family?

A couple of years later, astrologers from Arabia came looking for the new King. They brought gifts fit for a King, for they knew the importance of this birth. They had gone to the Palace in Jerusalem initially. They found a King, but not a young child. They kept their gifts, knowing that there was another, worthy recipient.

We don’t have to embellish the story to make it mysterious. We still find Angels, virgin births, and dreams. Perhaps if we start telling it like it was, rather than how “we have always told it” more people would see the truth of the story, and would want to meet the Jesus that came to earth to dwell with us, to reconcile us to the Father, and who wants to give hope and purpose to our lives.

(I unashamedly used Kenneth Bailey “Jesus Through Middle Eastern Eyes, cultural studies in the gospels” as a source for this blog. Any difference in interpretation to his original work as I paraphrased is entirely my own)

One thought on “Did it really happen like that????”

I’d love to know if you’ve enjoyed reading my posts.  A quick comment shows me you care. Think they can be improved (I know I do), drop me a comment telling me how. Don’t worry, I won’t take it personally or publish it unless you ask me to.